In This Issue:
1. The Tale of 2 Wood Horses
2. Online Class For Horse Temperament Typing 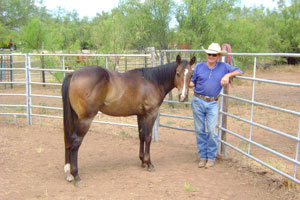 Wood Horse #1
Wood horse number 1 was born on a breeding farm for race horses. He was left out in the field with the other mares and foals until he was 6 months old. He was taught how to lead on a halter. He did not care for the halter or having to yield to a rope. He tried to bolt forward but found his groom was able to stop his forward progress and bring his head around so his hind end would continue so that he found himself facing the opposite way. The harder he tried to run the faster his body swung around. His groom never got mad at him but he did not give in either. It seems the halter and lead was just going to be part of his life.

When he was weaned he was put out with a group of other colts. He was brought in for hoof trimming but otherwise did not have much handling. He did not like having his feet trimmed but throwing a fit did not deter it happening so he accepted it.

At 18 months old horse number 1 had his first saddle put on. It was kind of uncomfortable especially when the girth strap was tightened but it did not hurt him. After having the saddle put on a few times the next step was a rider. Having a person on his back was crazy but he liked the way it felt to move with the rider balanced on him. The bit and bridle came next and it was confining and uncomfortable.

Going out on the track was the next step and horse number 1 loved this. He could run. He loved to run. He loved the other horses on the track with him. He knew he could beat them. He learned how to go into the starting gate and he could not wait to blast out of it. The only thing he did not like about being a racehorse was having to live in a stall. He felt so good and he got bored in the stall. He was frustrated that he could not be outside running all the time.

Horse number 1’s owner recognized his frustration. He started him on a Wood balance formula to support his liver and help him handle the stress of being in a stall much of the time. He got this formula whenever he started to act angry. His owner fed him a feed called Thrive. This feed was easy for him to digest and it gave him the energy he needed to run but not so much that he became unmanageable.

Horse number 1 was a happy racehorse. He loved to run and compete. He respected his handlers and they set clear boundaries on how they expected him to behave. After a successful race career, horse number 1 was sold to a person who wanted a jumping horse. Jumping was not as much fun as running but it was still a challenge and he enjoyed it.

Wood Horse #2
Wood horse number 2 was born at the farm of a family. His mother was a trail riding horse and she was getting up in years. The family bred her to get a young horse to take over her role. He lived in a small paddock with his mother. He did not have any other foals to play with. He tried to play with his mother but she did not want to play as much as he did. When people would come into his paddock he tried to play with them but they ran out.

When horse number 2 was weaned he was put in a pen next to his mother. He thought that must have been a mistake so he broke the fence down to get back with his mom. After this he was moved to another barn and put in a stall. This just made him mad. He had no one to play with and he was bored out of his mind. He started by ripping every bucket off the wall and then he decided to kick the walls. He liked the noise the walls made when he kicked them.

No one really wanted to handle horse number 2. He found all he had to do to get rid of people was to turn his butt to them. He was in charge and he knew it. The problem was he wasn’t happy. He did not get to do anything and he did not have anyone to guide him in how to be a good horse. His feet hurt because his hooves were overgrown. His stomach hurt all the time and his ribs were so tight it hurt him to breathe.

Finally, horse number 2 could move. He ran and ran but the new person stepped in front of him and kept him turning back and forth. Pretty soon he could anticipate when the person was going to turn him so he turned first. This seemed to make the person very happy. He started to watch the person and this seemed to be a good thing. For the first time in his life, horse number 2 felt he had someone to play with. His new person kept coming back and with every visit he taught horse number 2 a new skill. Horse number 2 started getting a supplement in his food called GastroPlus Pro. This made his stomach feel much better. He stood like a rock to get his sore feet trimmed. He did not really want to be bad.

With all the new fun adventures and clear rules to follow, horse number 2 grew into a solid riding horse. He loved to go on trail rides and compete in local shows. He learned to run barrels and rope an occasional cow. Life was good.

Dr. Ward also has a mentoring program to work one-on-one with you learning homeopathy and nutrition.