We began clearing cedar on Jan 2 and to this day I am still climbing over and under huge piles. We have a burning ban on so this is not an option. I have to describe the clearing process because it is neat. When I hired my neighbor, Mike Timme, to clear I envisioned hordes of men with chain saws but instead he showed up with a cool machine called a brush shark. This thing is like mega nippers on steroids. It is a huge jaw attached to the front of a bobcat(the tractor kind) and he would drive into a huge patch of cedar and nip them off at the base. It was like seeing a Christmas package unwrapped. First you could only see cedar then everything would shake around and then cedar trees would start falling right and left and then I would have a grove of oaks I did not even know was there. It was cool. But alas, I could not get to anything because these giant downed cedars were everywhere. I proceeded with my original plan to drag them with my truck. This worked well for the smaller ones but we had to move to my cousin, Sonny’s tractor for the bigger ones. I gained huge respect for the tractor. The problem was that we ran out of places to drag to. I was beginning to get the large stacking fee.Next on my plan was chipping. I love chips and use them in many ways around the barn. Mike had raised his eyebrows when I mentioned chipping but I was still sure I knew what I wanted. My friend, Ron, and I rented the chipper and started at it. We quickly found that great as the chipper was it did not chip whole trees, especially small house sized ones. The trees also don’t come and jump into the chipper which meant more dragging was involved. My friends, Janet and Jamie, had come the see the property and they jumped in to help me drag cedar to Ron at the chipper. He would then cut it up and feed it in. This involved lots of down down for the chipper so we regrouped and made a plan. Ron returned the chipper and we came out the next day and I dragged and he chopped all day long. We ended up with a huge field of cedar piles ready for chipping. The next day he came with a crew and they chipped all day. What I ended up with was several nice piles of cedar chips, a broken chipper and still acres and acres or down cedar trees.At this point I was completely defeated and I made the call to Mike that he was patiently waiting for. I now have fewer but much larger piles of stacked cedar waiting for burning. Madalyn

>> This gives you an idea of what the land looks like before the cedar is cut! << 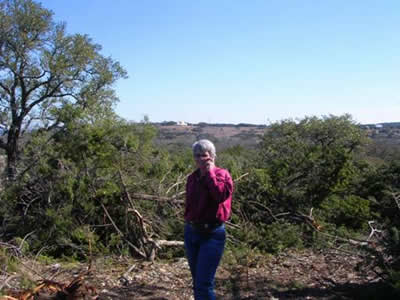 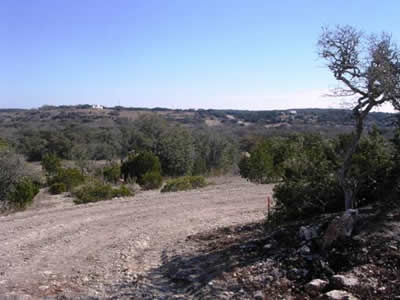