Bud, my food sensitivity horse, is recovering from his severe setback. Bud did not eat more than a few handfuls of food for 10 days and the weather was in the 40’s and raining much of that time. One night got down to 18 degrees. Not only was the not eating  but he was showing colic symptoms much of the time.

I kept checking Bud’s gum color and heart rate and these held steady but he was rapidly getting weaker. I was beginning to feel very discouraged but God kept telling me Bud was going to recover. On Saturday I changed Bud’s homeopathic remedy and stepped up his oral KLPP, UF, Eleviv and packets of bluegreen algae, probiotics and enzymes to 6 times a day.

Bud did not seem as painful during the day but he was still not looking to eat. I left him up in his stall for the night with my mule, Tess, right outside the door keeping him company. Sunday morning I went out to feed and Bud was standing over his bucket nickering. I gave him a small amount of feed and he scarfed it up. An hour later I went out and he had a pile of totally normal manure. Bud has not had normal manure for the last 18 months.

Bud has continued to eat well and he is getting stronger. Thanks to everyone who prayed for him. I think that made the difference. Madalyn 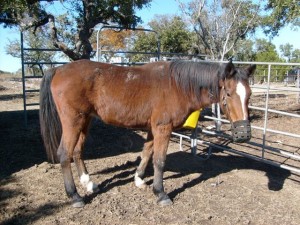 About 100 pounds lighter but still kicking 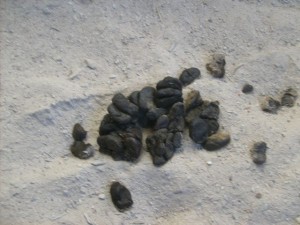